Airfare costs dropped sharply during the COVID-19 pandemic, but they are starting to rise again as travel picks up, with the average leisure fare at $187 as of March 15. But cost isn’t all that matters when picking what company to fly with; choosing the wrong airline has the potential to take even more from us. For instance, 6 animals died during air transportation in 2020, and four major U.S. airlines had at least one pet fatality.

While critical to consider, such factors often fly under the radar due to our focus on price. But finding the cheapest airfare is now quite easy for anyone with an internet connection, so this report examines those other, overlooked aspects of air travel to help consumers make more-informed decisions.

WalletHub compared the 9 largest U.S. airlines, plus two regional carriers, across 17 important metrics. They range from cancellation and delay rates to baggage mishaps and in-flight comfort. We also considered costs in relation to in-flight amenities for the sake of fairness. For example, it wouldn’t be right to penalize an airline that charges for drinks if its tickets are far cheaper than those from an airline with free in-flight refreshments.

Below, you can see where each major airline ranks, based on overall WalletHub Score. 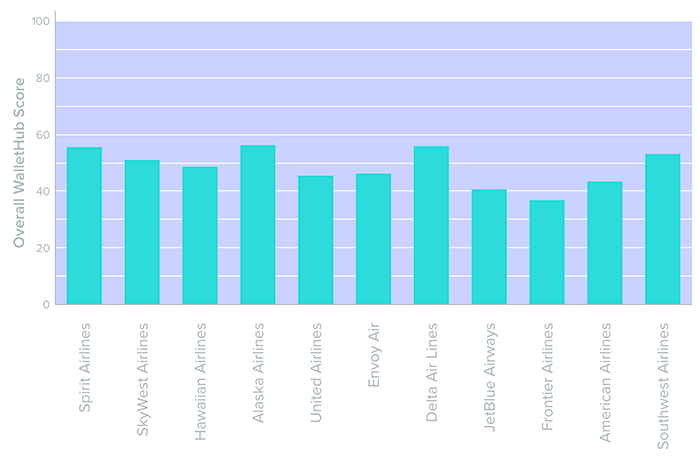 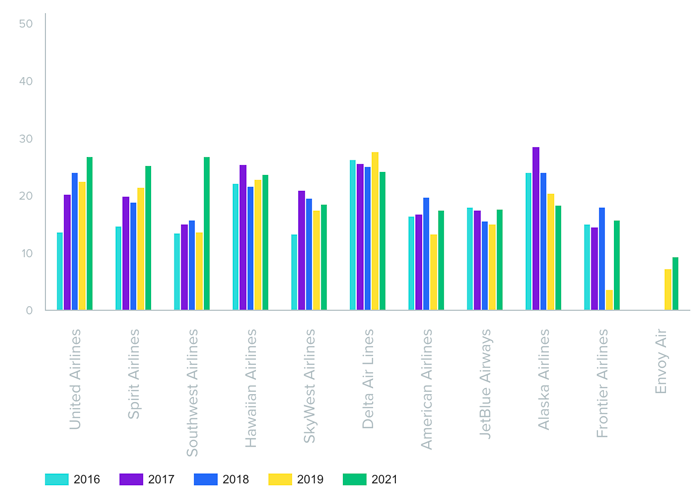 Most Comfortable Airline: JetBlue leads the pack in terms of in-flight experience, offering free amenities such as Wi-Fi, extra legroom, and complimentary snacks and beverages. 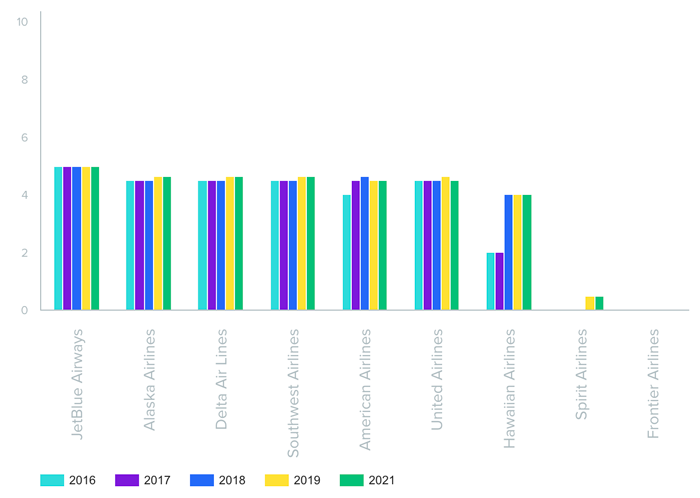 * The regional carriers SkyWest and Envoy are not represented in this chart because they serve other major airlines, which may dictate what amenities are provided.

Cheapest Airline: Spirit is the best airlines for budget flyers. 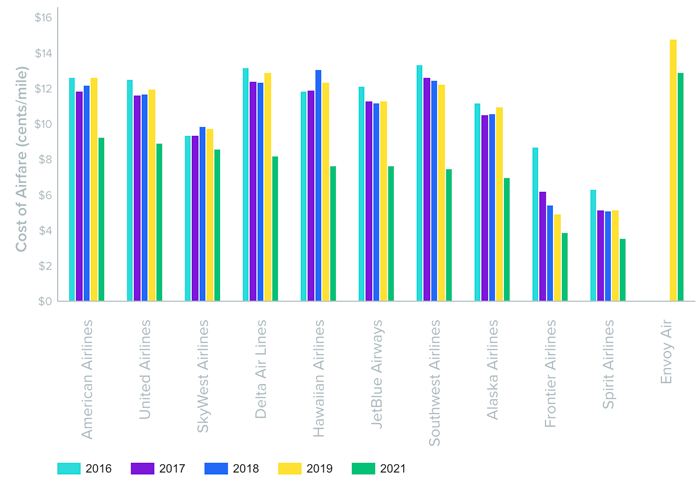 Most Pet-Friendly: Three airlines tied for being most pet-friendly, Alaska Airlines, Envoy Air and SkyWest, with no incidents. 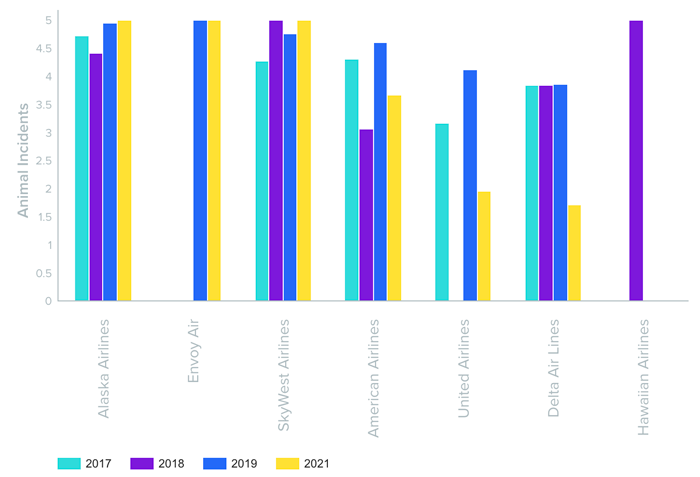 Most Satisfactory Airline: Envoy Air had the industry’s lowest consumer-complaint rate in 2020. 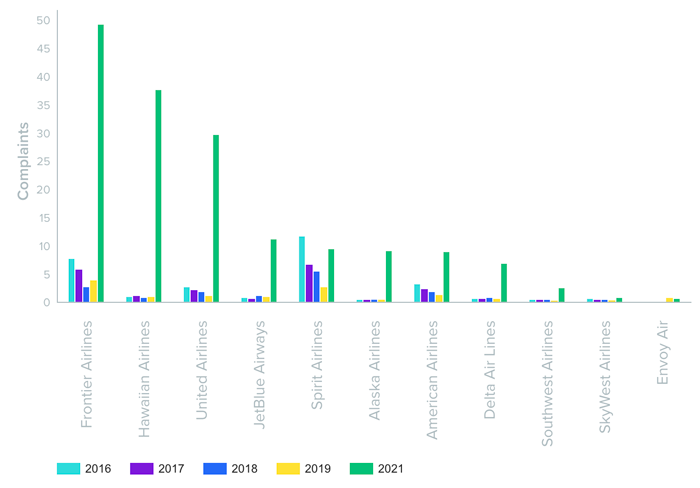 Safest Airline: Alaska Airlines was the safest in 2020. The safety runner-up is Envoy Air. 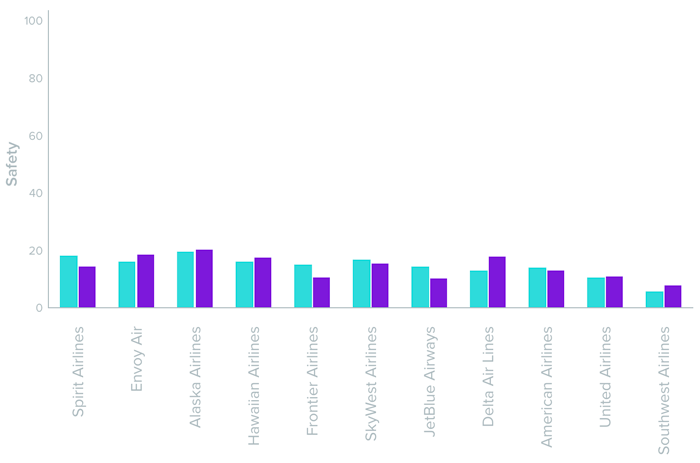