Great food—the spicier the better—plus good customer service and a positive track record are the primary drivers of passenger satisfaction on international airline flights. In a stark departure from the price-driven culture of domestic airline customer behavior, the J.D. Power 2019 Airline International Destination Satisfaction Study,SM released today, finds that cost and fees are notably less important than in-flight services when it comes to delighting passengers on international flights.

The Airline International Destination Satisfaction Study is a new syndicated study that measures passenger satisfaction with airline carriers flying from North America to Europe and from North America to Asia. It is based on performance in nine factors (in order of average importance across both models): in-flight services; cost and fees; aircraft; flight crew; check-in; boarding; immigration; baggage; and reservation.

“A low fare may be the best way to attract a first-time international passenger,” said Michael Taylor, Travel Intelligence Lead at J.D. Power, “but retaining passengers on routes to Europe and Asia is all about delighting customers with great in-flight experiences. One of the most powerful ways to do that is with food and beverage offerings that are unique to the airline’s culture and that manage to deliver flavor at altitude, where it has been proven that taste buds grow less sensitive.”

Following are some of the key findings of the 2019 study:

Among carriers flying from North America to Europe, Turkish Airlines ranks highest in passenger satisfaction with a score of 833. Virgin Atlantic (829) ranks second, while British Airways and Delta Air Lines (815) rank third in a tie.

The J.D. Power 2019 Airline International Destination Satisfaction Study measures passenger satisfaction with airline carriers flying from North America to Europe and Asia. The study is based on responses from 6,287 passengers and was fielded in September-October 2019. 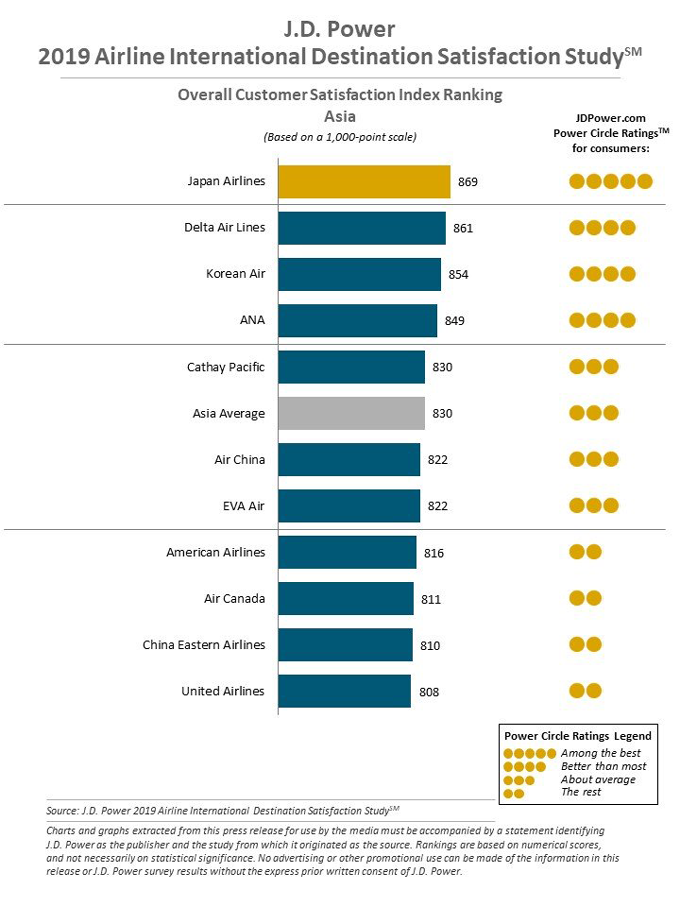 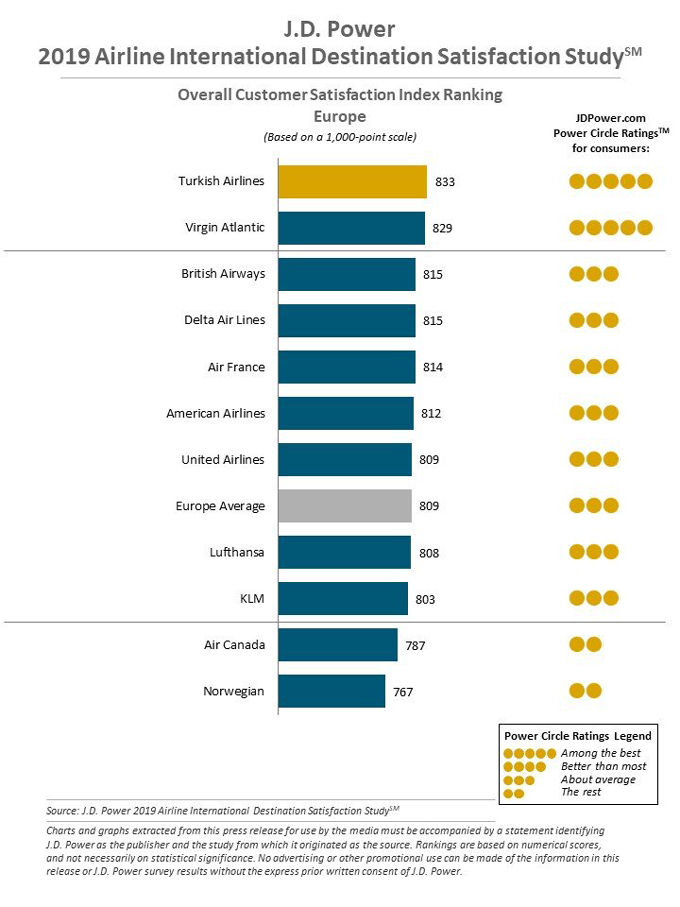