New York, New Jersey are the two states with the biggest loss of air service


A new analysis by Airlines for America (A4A) – the industry trade group representing major U.S. carriers – shows which states are experiencing the greatest impact on air service and air-travel demand amid the COVID-19 health crisis. 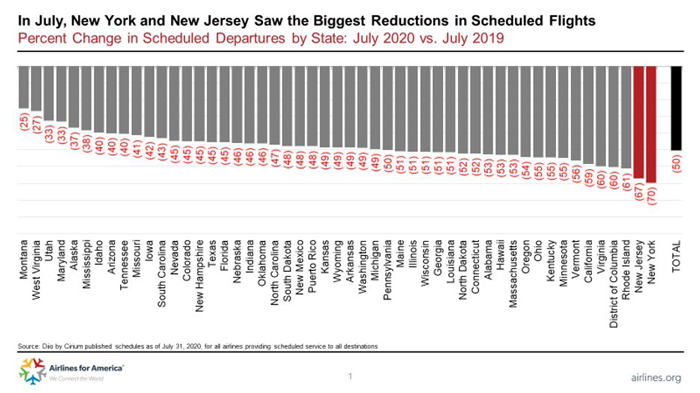 Montana has been impacted the least, with 25% fewer flights offered in July 2020 compared to July 2019.

The national average is 50%.

As part of the analysis, A4A also pointed out that the number of air travelers being screened by the Transportation Security Administration (TSA) has plummeted nationally. The 10 states and jurisdictions with the largest year-over-year declines in TSA checkpoint volume were: 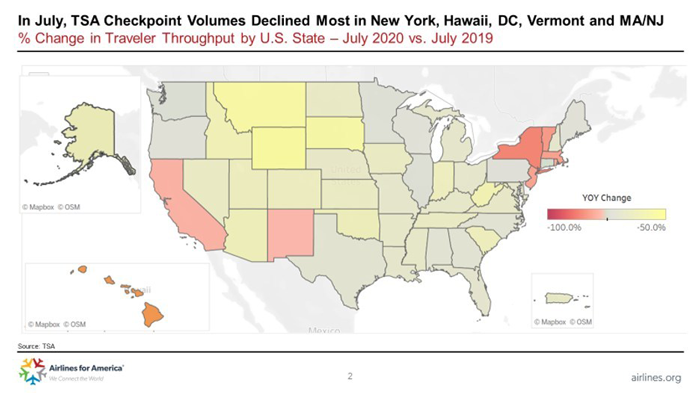 Prior to the ongoing global health crisis, U.S. airlines were transporting a record 2.5 million passengers and 58,000 tons of cargo each day. As travel restrictions and stay-at-home orders were implemented, demand for air travel declined sharply. The lowest point was reported in April when passenger volumes were down 96% to a level not seen since before the dawn of the jet age (in the 1950s).


Copyright 2020 Airlines for America. All rights reserved. From https://www.airlines.org.