The crowds are back at the airport, those empty middle seats are occupied again and airlines in North America are raising ticket prices in response to soaring fuel costs and continued strong leisure travel demand—all at the expense of passenger satisfaction. While dramatically higher prices could harm airline brands in the long term, for now, load volume is continuing to climb and passengers are willing to be assigned a middle seat in exchange for getting out of their houses, according to the J.D. Power 2022 North America Airline Satisfaction Study,SM released today.

“Customer satisfaction with North American airlines climbed to unprecedented highs for all of the wrong reasons during the past two years,” said Michael Taylor, travel intelligence lead at J.D. Power. “Fewer passengers meant more space on airplanes, less waiting in line and more attention from flight attendants. But that business model was simply not sustainable. Now, with volumes surging and some remnants of pandemic-era constraints still in place, passenger satisfaction is in decline—but that’s not really bad news. If airlines can find ways to manage these growing volumes while making some small adjustments to help passengers feel more valued, they should be able to manage this return to ‘normal.’”

Following are some of the key findings of the 2022 study: 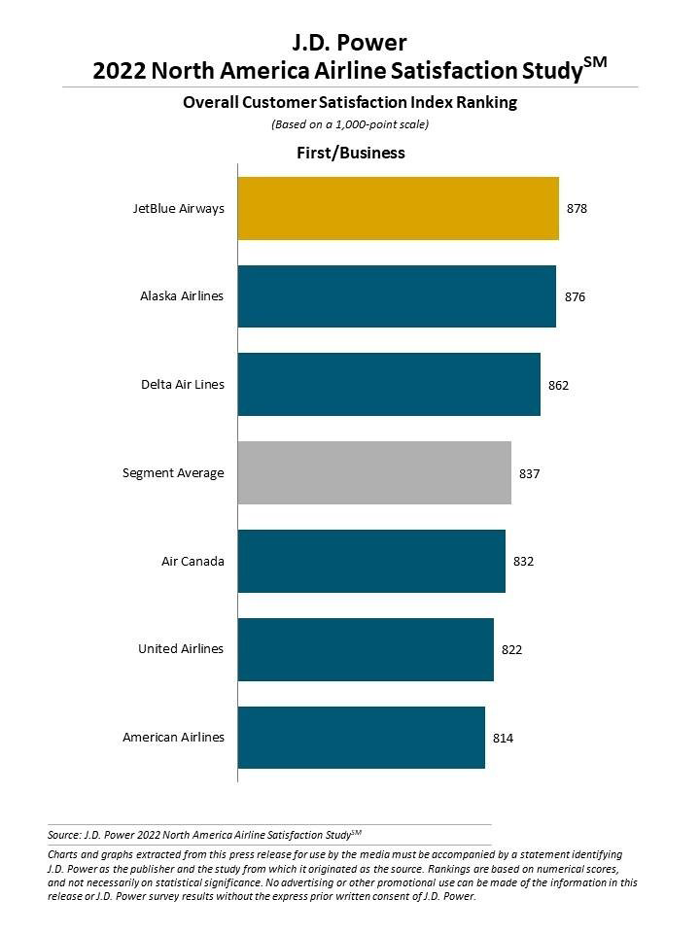 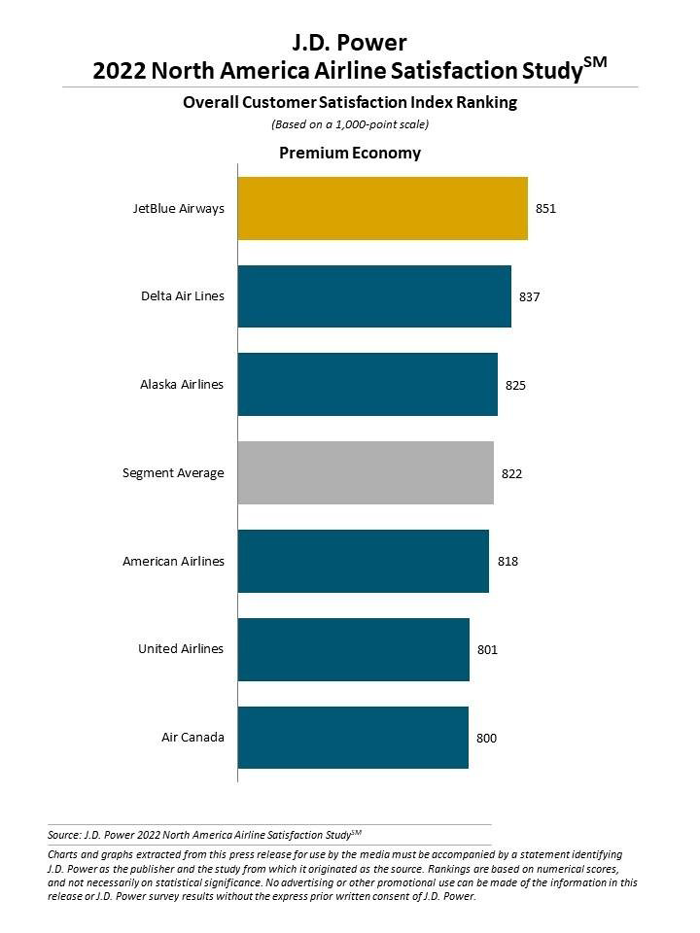 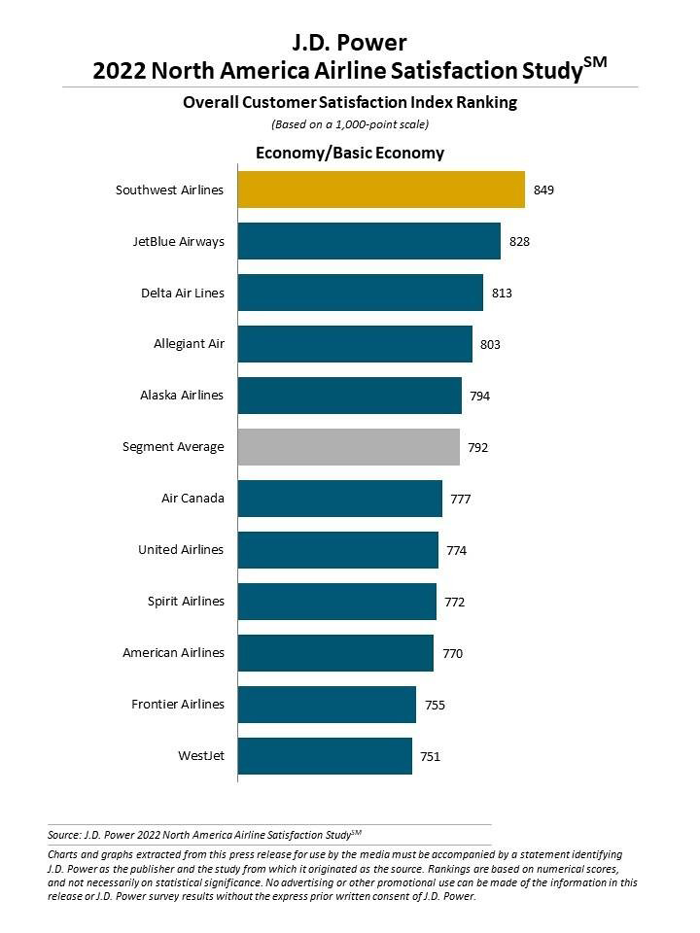 The North America Airline Satisfaction Study measures passenger satisfaction with airline carriers in North America based on performance in eight factors (in alphabetical order): aircraft; baggage; boarding; check-in; cost and fees; flight crew; in-flight services; and reservation. The study measures passenger satisfaction in three segments—first/business, premium economy and economy/basic economy—and is based on responses from 7,004 passengers. Passengers needed to have flown on a major North America airline within the past month of completing a survey. The study was fielded from March 2021 through March 2022.