Scaffolding and cranes are official welcome signs to several North American airports these days as record passenger volumes force major expansion efforts. However, the road closures, confusing signage and delays that come with these projects are making it hard on passengers, and that disruption is evident in the results of the J.D. Power 2019 North America Airport Satisfaction Study. Overall passenger satisfaction with North American airports has risen only a single point (on a 1,000-point scale) year over year, following several years of steady improvement.

"With major terminal construction projects now underway in Los Angeles, Boston, Chicago, Atlanta and many other airports, it is becoming impossible for travelers not to experience some form of disruption," said Michael Taylor, Travel Intelligence Lead at J.D. Power. "While these projects are absolutely necessary to address surging demand, they are currently causing passenger delays and confusion. This translates into a rushed passenger experience and less money spent on food, beverage and retail—and it's slowing the progress of the airport satisfaction we've seen in the past several years."

Following are some of the key findings of the 2019 study:

Traveler satisfaction stagnates after several years of growth: The overall customer satisfaction score this year for North American airports is 762, up 1 point from 2018. The modest performance is attributable to lower-than-average facility access scores, with larger numbers of travelers citing construction-related delays getting into and out of the airport.

Light at the end of the tunnel: The common bond among top-performing airports such as Detroit Metropolitan, Portland International and Indianapolis International is relatively new facilities that accommodate increased passenger volume, incorporate localized food and beverage offerings and offer easy access. Airports that can handle larger numbers of passengers while providing such experiences see a payoff in the form of improved satisfaction scores.

Now in its 14th year, the study is based on responses from 32,276 U.S. or Canadian residents who traveled through at least one U.S. or Canadian airport and covers both departure and arrival experiences (including connecting airports) during the past three months. Travelers evaluated either a departing or arriving airport from their round-trip experience. The study was fielded from October 2018 through September 2019. 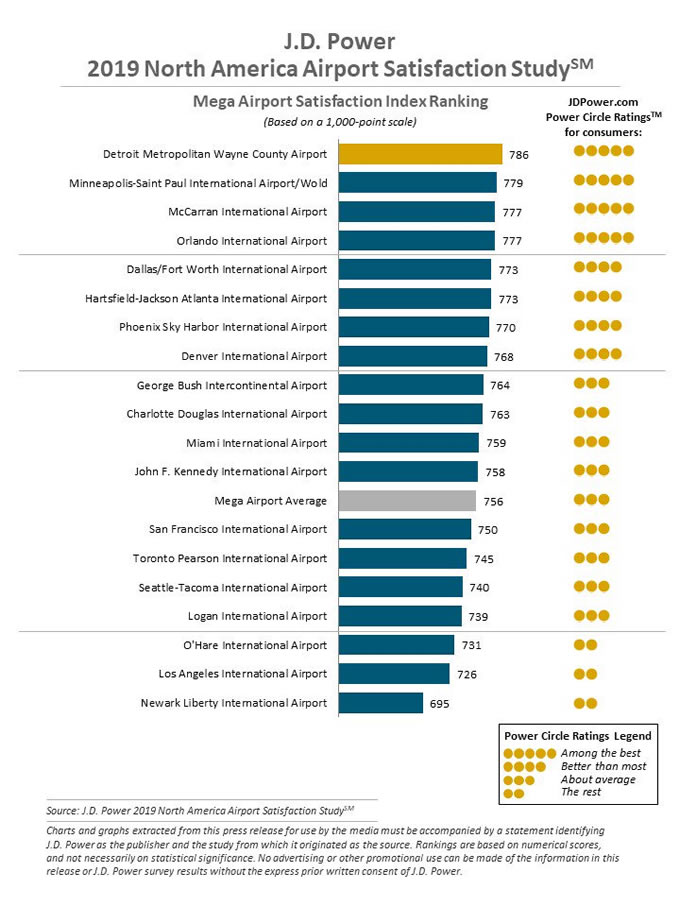 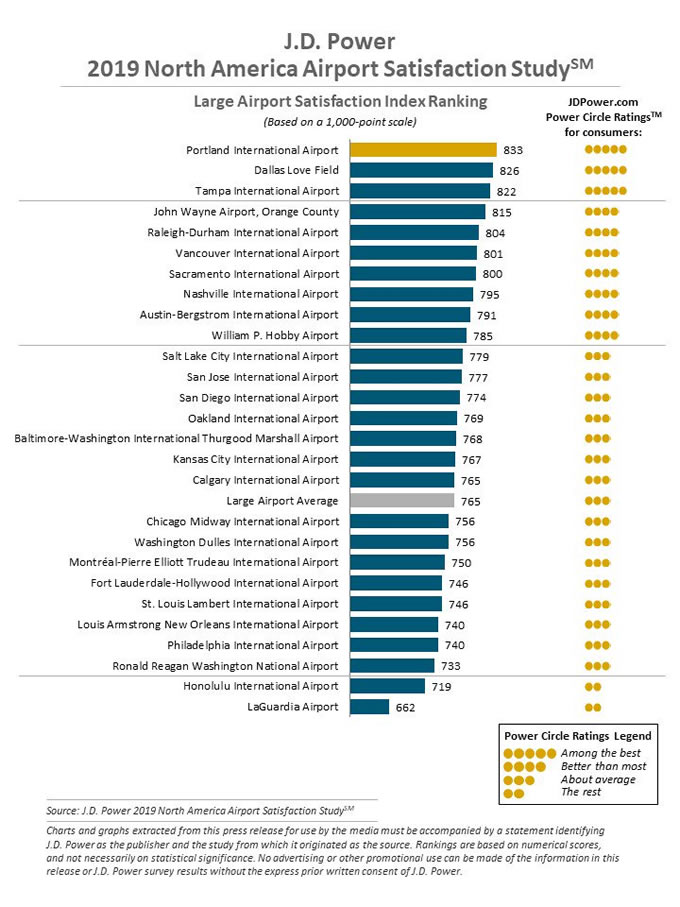 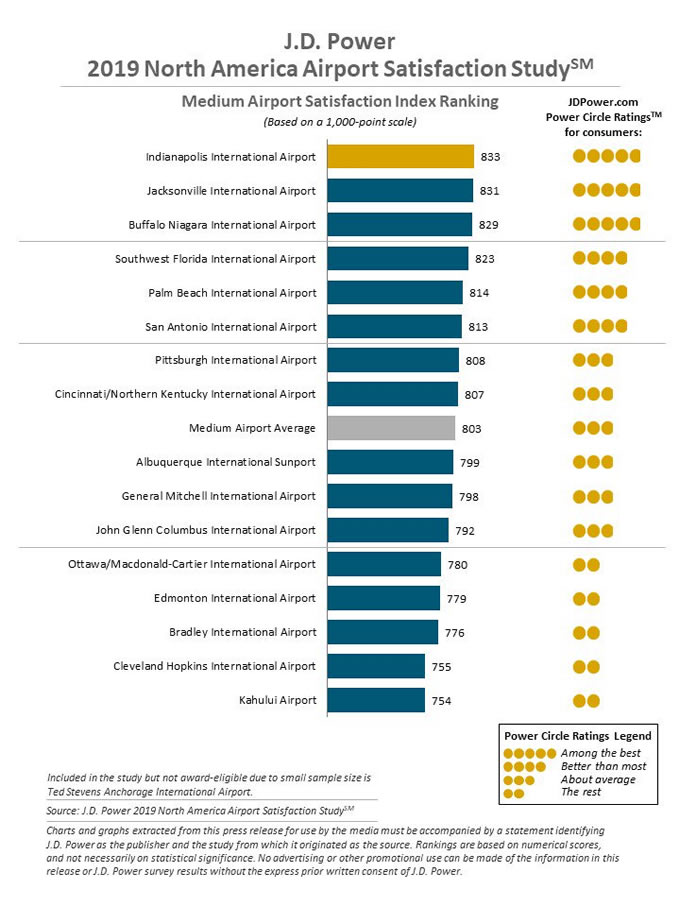