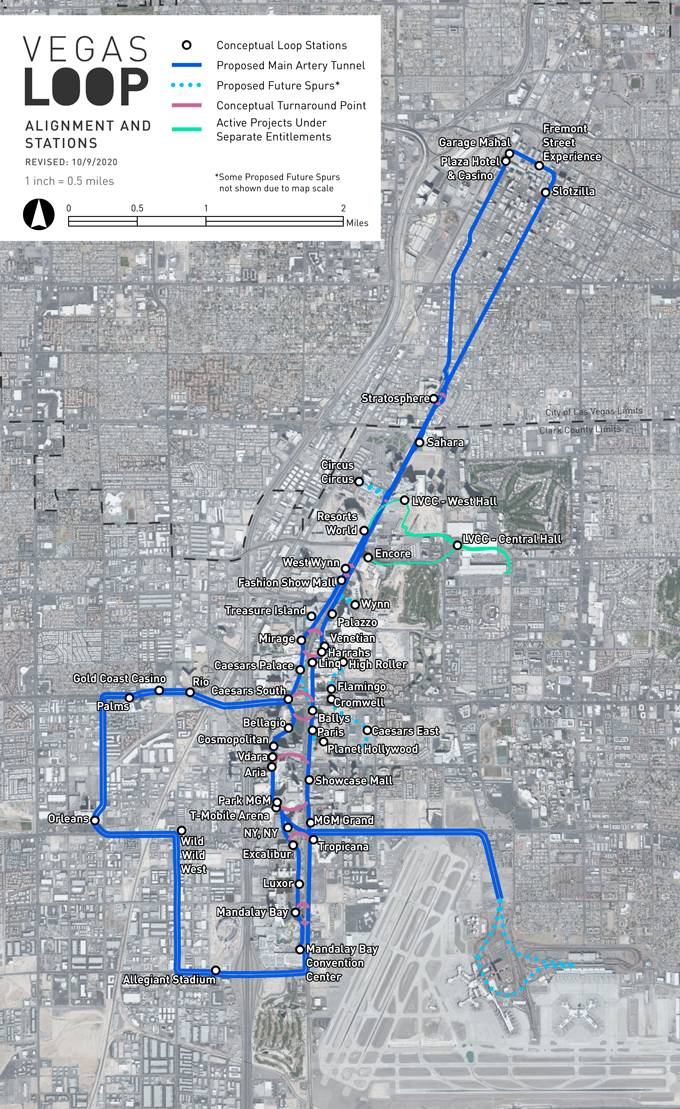 During the Las Vegas Convention and Visitors Authority's (LVCVA) Board of Directors meeting, Steve Hill, LVCVA president and CEO, shared that Musk's tunneling company recently submitted its special use permit application to the City of Las Vegas and intends to file a land use (design review) application in Clark County shortly, the first steps in the process to construct the system across Las Vegas.

Vegas Loop will consist of underground tunnels stretching as far north as downtown Las Vegas, throughout the Strip corridor, and as far south as the Allegiant Stadium, pending approval later this week by the Stadium Authority, the owner of the stadium. Passengers will be whisked through tunnels in all-electric Tesla vehicles.

"The Vegas Loop will be a game changer for our visitors seeking to quickly access world-class attractions and resorts throughout the destination in a fun and convenient way," says Hill.

"We are very excited about the future of Loop transportation in Las Vegas and are grateful for the enthusiasm shown by Clark County, the City of Las Vegas, the LVCVA, the resorts, and attractions," Vegas Loop's President Steve Davis says.

The creation of Musk's underground transportation system was born out of his desire to solve the problem of traffic gridlock. As a result, the company is focused on building low-cost, fast-to-build underground transportation systems to alleviate traffic congestion. Building underground has several advantages as tunnels are structurally safe, weatherproof, noise-free and can meet growing capacity by easily adding multiple levels.