According to the latest data from STR, U.S. hotel occupancy for the week of Sept. 13-19 was nearly flat from the previous week.

Demand rose slightly (up 0.3 percent), and the highest occupancy markets were once again those housing displaced residents from Hurricane Laura and the western wildfires, with California South/Central showing the highest level in the metric (74.7 percent). The Louisiana South (72.8 percent) and Louisiana North (72.3 percent) markets also were among the top five highest occupancy levels for the week.

Aggregate data for the top 25 markets showed lower occupancy (42.7 percent), but higher ADR ($98.93) than all other markets.

Markets with the lowest occupancy levels for the week included Oahu Island, Hawaii, at 19.7 percent and Orlando at 29.9 percent. 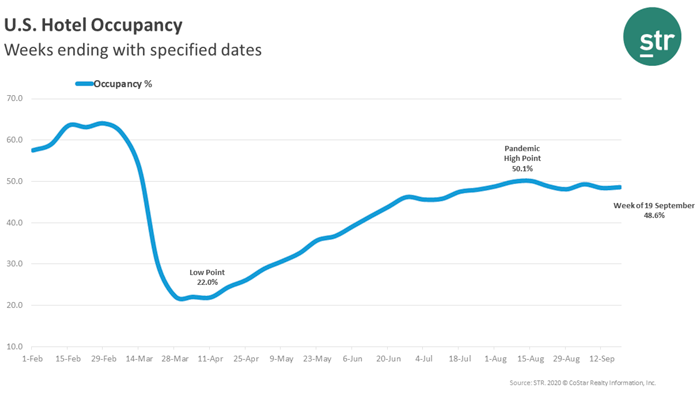