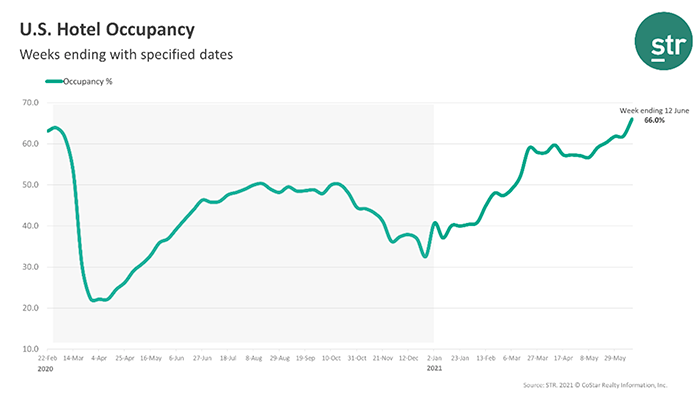 According to STR’s U.S. Market Recovery Monitor, room demand surpassed 25 million in the week, up 1.6 million week on week, and was 91 percent of the level recorded in the comparable week from 2019.

San Francisco/San Mateo experienced the steepest decline in occupancy when compared with 2019 (down 45.2 percent to 48.9 percent).